https://plus.google.com/u/0/101868800299454204740/posts/fRuQiDasJob
Posted by Narmer at 11:24 AM No comments:
Email ThisBlogThis!Share to TwitterShare to FacebookShare to Pinterest
Labels: Barbarians of Lemuria, Simon Washbourne

So, it's been a bit slow around here role playing-wise.  I think I mentioned that my son was really liking the rules for Hollow Earth Expedition and wanted to play.  I liked the idea but with our limited time and my even more limited prep time I didn't feel I could run it successfully.  There are only two games I feel comfortable running with little-to-no preparation.  The first is Basis D&D and its not suitable for what we wanted to play.  The second is Barbarians of Lemuria.  And that is much more appropriate when you use the Dicey Tales #1 for pulp goodness.  So I finally convinced him to make create a character.  I did this by promising a campaign based on not only HEX but also on the television program Primeval all of which will be infused with a certain amount of Cthulhu influence.

He took to this right away.  When he created his character he made him a former soldier who had lied about his age in order to join the army when the U.S.A entered WWI.  My son has a tendency to choose the insanity flaw when creating BoL characters.  This time he came of with what I thought was a really cool explanation.  During a German trench raid the character saw his best friend enveloped in darkness and disappear.  Everyone else assumed the friend had been captured but the character knows differently.  His insanity is an intense paranoia based around the idea that monsters are real.

However, I am going to start the campaign in a very HEX way.  The character's last career is hobo.  This is due to the instability caused by the incident during the Great War.  Needing money, he accepts 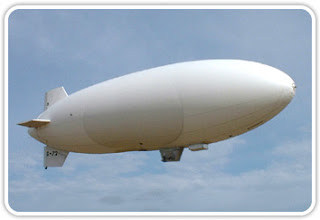 a position with an eccentric professor as a guard/porter on an airship bound for a secret location near the North Pole.  Something goes horribly wrong and he awakens in a jungle with no memory of the accident.  Welcome to the Hollow Earth!