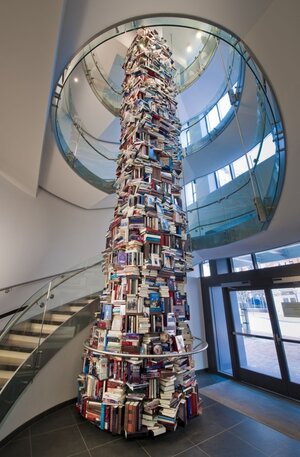 I began updating my list of RPGs on RPGGeek.com.  The current number of items I have listed is 374.  However, I am only through the L's on my Drivethru library.  I'm glad most of the list are PDFs or I would be sleeping on the lawn.
Posted by Narmer at 11:24 AM No comments:
Email ThisBlogThis!Share to TwitterShare to FacebookShare to Pinterest

So, as some of you may know, I want to turn Swords & Wizardry White Box into what I've been calling my Viking Hack.  I'm taking the White Box rules and adding classes and ideas from various sources around the web, cutting things out and planning own "original" setting.  Throw in a handful of cliches, stir well, and voila!  Fun is had by all.  I'm doing this for private, not commercial, use and may post it for any of you who might be interested.  I've also considered tearing apart The Black Hack and doing the same thing.

But what if I surprise myself and actually finish the thing and it turns out to be decent?  What if I want to put it on DriveThru, even if it is just PWYW?  How does one do that?  Can someone explain to me in very simplistic terms how to do this?  Or, perhaps, point me in the direction of a website that can do the same?  What can I use from the rules set?  What can't I?  What items must be attributed?  What is OGL and Open Game Content and what does it all mean?   I know there are various games based on White Box such as White Star, The Hero's Journey (both by Spaaaaahhn!) and the upcoming WWII: Operation White Box by Pete Spahn.  (What?!?  Another Spahn!  Hurm....)  How does one go about this?

Any help would be appreciated.
Posted by Narmer at 10:30 AM 2 comments:
Email ThisBlogThis!Share to TwitterShare to FacebookShare to Pinterest
Labels: Swords & Wizardry, Vikings

I blame +James Spahn.  James Spahn and his nifty little game White Star.  It's all his fault.  See, I picked up White Star in March.  I read through it and really liked it.  It did science fiction in the simple way that I have grown to appreciate as I've grown older.  Yeah, it has classes and levels and such but I'm ok with that.  I like that it has ascending armor class and the base hit bonus.  That makes the game even easier.  No need to look up numbers on a chart.  Unified savings throw with bonuses under certain circumstances?  Nice.  And it is easy to play around with and to modify it.  For example, White Star has a very Star Wars vibe built right into it.  Star Wars not your thing?  That's cool.  Various supplements can steer you in a different direction.  Like Star Trek?  Pick up Five Year Mission and you are off and running with, dare I say it, years of gaming goodness.  How about pulp sci-fi based in the Solar System?  Have Death Ray, Will Travel is your supplement. 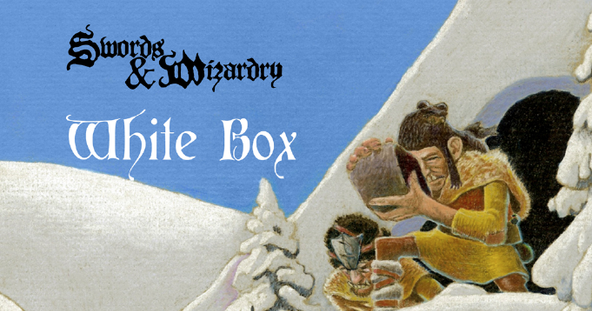 So time passes and I decide to take a look at the game White Star is based on, Swords & Wizardry White Box rules.  I looked it over and thought it was neat how James modified the base rules and turned them into a science fiction game.  What a flexible set of rules!  Now here's where the problem starts.  You see, I have gamer ADD.  A serious case.  I was just looking at my order history for DriveThru.  I have placed 597 orders since 2008.  I kid you not.  Granted, the vast majority of the items I've acquired are freebies but I've still dropped a goodly amount of cash there.  Way too much if you ask my wife.  And that doesn't count the smaller number of games from LULU or the free ones I've grabbed from the internet.

So what's the problem?  White Box is made to be modified and tinkered with.  So now I want to modify and tinker with it.  You see, I was happy with B/X supplemented by Labyrinth Lord material.  A nice simple game that covered my D&D needs without any fuss or muss or extra complexity. I had been essentially ignoring Swords & Wizardry because I didn't need it.  B/X had me covered.  But then I started thinking about running a Viking campaign.  Well, Savage Worlds can do that easily.  But what if I wanted to use a D&D type game?  B/X could do it with a bunch of modifications.  Then I ran across a site that had already modified both Labyrinth Lord and Swords & Wizardry for Vikings.  You can find both at the Sword +1 blog in the links section to the right the page.  This and White Star made me realize just what a superb toolbox White Box is.

Now all I want to do is tear it down and rebuild it to meet my own vision and specifications.  Vikings?  I want subtle, low level magic that is out of the hands of the average PC.   Perhaps illusion based stuff.  So, in goes the npc Illusionist class.  I need to research magic in Norse culture more but I further modify things if I want to.  Demi-human PCs?  Nope.  Gone.  Elves and dwarves are things of legend and characters will be lucky to see them once or twice in their life.  Mike at Sword +1 has Berserker, Warrior and Thane classes.  I want a Skald class too.  Like a Bard but with no magic.  The music will work like a charm spell.  I'm sure I can find that somewhere or make my own.  And so on.

Now, I could take Barbarians of Lemuria and remove or tweak a few careers and change the setting.  Easy peasy.  Or I could put in a bit more work and use Savage Worlds.  No, not me.  I essentially want to make my own neo/retroclone based on White Box.  A project that if I get started I surely will not finish.  A project that will suck up what little free time I have.  A project that will probably leave me frustrated in the end.  And half way through I'll have another idea and want to work on THAT one.

So,  I blame James Spahn.  He showed me what was possible with Swords & Wizardry White Box and now my life is going to be very complicated..

So, imagine me standing on a rocky outcropping high above the land, raising my fist to the the heavens and shouting:  "SPAAAAAAAAHN!!!!"