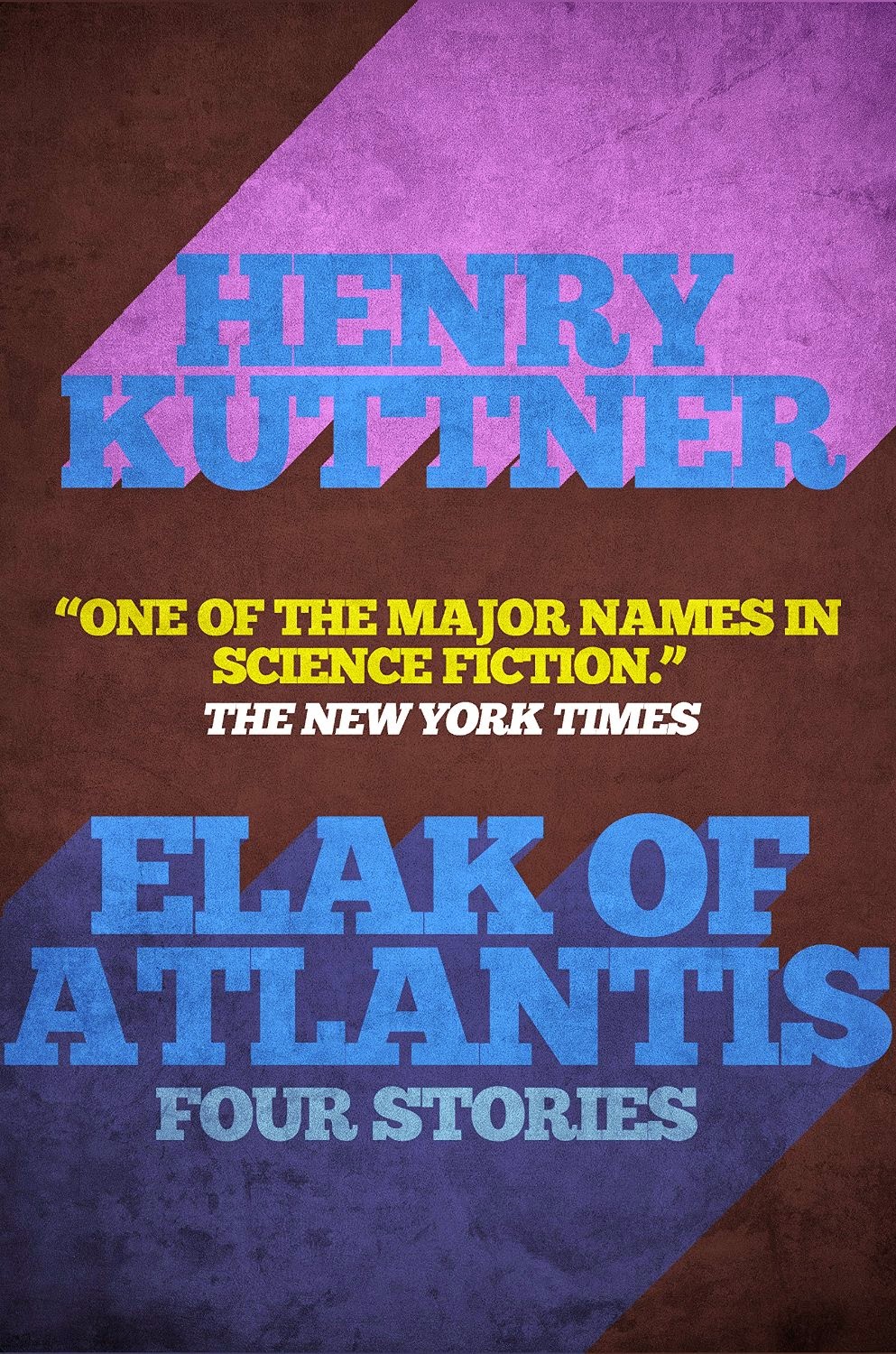 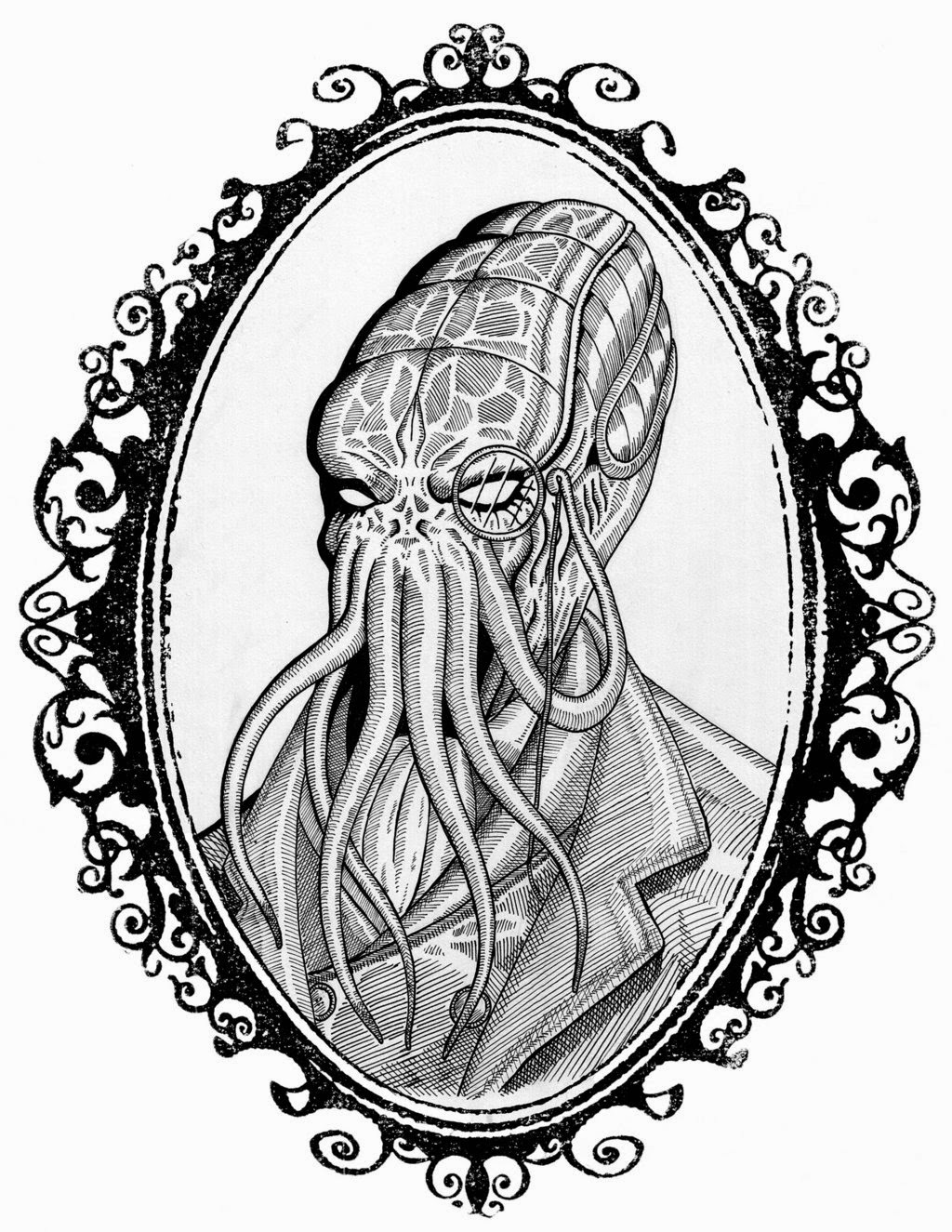 
People don't go insane when they see Cthulhu.  They're just crazy jealous of his stylin' mustache!

Then he makes a Cthulhu mustache with his hands. 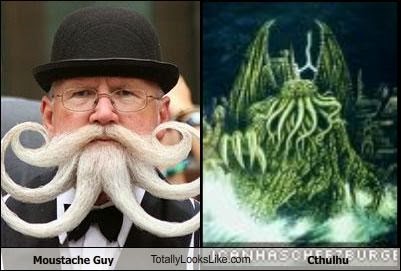 Posted by Narmer at 4:50 PM No comments:

So, I want to join the fun of creating characters for the new edition.  Here are two characters to start with.  The first is one I really like for some reason.  It is a revised version of a character I posted a couple of years ago.  The second is an original creation.

Arak-Aree saw her parents killed by the flatlanders. The Winged Men could not defend themselves effectively against their nets and bows. The Wingless raided her aerie, killing the adults and taking the children as slaves. Arak-Aree was sold as a novelty to a rich merchant from Oomis who gave her to his spoiled daughter as a pet. A first she was just a pet but soon became the constant companion, then friend of the girl. Arak-Aree found life nearly bearable until she reached her teens and the girl's older brother began showing an "interest" in her. Wanting to protect her friend, the daughter tried to convince her father to free Arak-Aree.  A merchant to his very soul, he refused to give up such a valuable acquisition. The girl would not relent and eventually found a way to smuggle Arak-Aree out of the city. Arak-Aree made her way to the Axos mountains but with her aerie destroyed she was at a loss. But a fire burned in her heart. She made her way to the mountain top temple of Karyzon, "He of the Rending Talons" and dedicated herself to Him. It was then she took her vow, "Never again." She trained in the ways of war and soon like-minded youths began to gather around here. She formed the Aerie of the Talons, a society of warriors dedicated to protecting the Winged Men from the depredations of the Wingless.

"Since you don't seem to have a better vintage, bring me another glass of this swill."

Rialdo was born in Tyrus.  A sprig on a branch of the royal family tree, he was raised in the utmost luxury, every whim satisfied, ever wanting more.  Despite his lifestyle, Rialdo did exert himself in one area:  Swordsmanship.  He loved the riddle of steel, the hiss of a sharp blade through the air and the sound it made sliding into a body.  He became a feared swordsman around the city with a reputation as a keen duelist.  But even this wasn't enough for the jaded and debauched teen.  Casting about for new thrills he found a man who was willing to instruct him in the most taboo of topics in Tyrus:  Sorcery.  Rialdo took to it like a fish to water.  It was as if he were born to it.  He soon outstripped his teacher and began seeking a new master to guide him even deeper into the dark arts.

This was his downfall.  His discreet inquiries were not discreet enough and soon his distant cousin, the King, got wind of Rialdo's activities.  Agents of the King caught him in the act of performing a vile ritual and they arrested and imprisoned him.  Though he was condemned to death he managed to escape the royal dungeons and fled Tyrus.  Now he wanders Lemuria spending every coin he acquires on adventures or as a hired blade to increase his arcane knowledge.  The pittance that remains he squanders on wine and the supple flesh of women.

I've expressed my admiration for Simon Washbourne as a game designer on this blog before.  I have just run across the single best quote about him I have ever heard.  (And perhaps the best quote ever for anything.)  It was made by Vargold (Rob Barrett) in an RPG.net discussion about Supers! Red.

"Simon Washbourne craps better games on a monthly basis than most people who slave over rules for years."

You can find more of Rob's writing at his blog Vargold:  The Wolf Time
Posted by Narmer at 3:57 PM No comments: