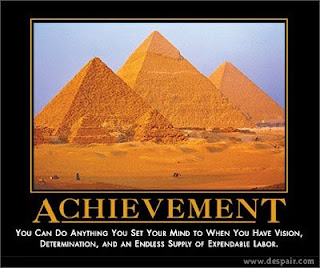 I got a chuckle out of this...
Posted by Narmer at 10:53 PM No comments:
Email ThisBlogThis!Share to TwitterShare to FacebookShare to Pinterest
Labels: Inspiration 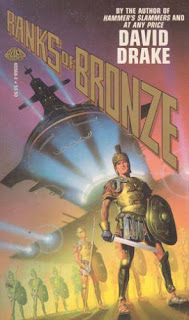 I read many of David Drake’s stories in my youth and they had an effect on me in the realm of gaming. They fired my imagination and made me want to play in one of his worlds. I would like to highlight a couple of these stories in a series of posts over the next several weeks.

First up: “Ranks of Bronze”

“Ranks of Bronze” is a serious contender for the top spot on my list of favorite short stories of all time. It is the story of the tribune Gaius Vibulenus and the other legionary survivors of Crassus’ disastrous war against Parthia. After the legions were destroyed the Parthians sold the survivors into slavery. The buyers, however, were not of this Earth. The galactic Federation has laws against using advanced technology against the indigenous people of the planets the merchants want to exploit. That’s where the legionaries come into it. They are the ones sent down to the surface and kick the locals’ butts so the merchants can make a buck.

“Ranks of Bronze” was first published in magazine form in 1975 and I first read it in a short story collection in the early ‘80s. It isn’t a very long story, only taking up about 14 pages in paperback form. And the story only covers the events of one battle. To top it off it isn’t a completely original idea. Andre Norton wrote Star Guard a considerable time before “Ranks of Bronze” saw print. And it is written in present tense, which I despise. The story so grips me and my imagination that it doesn’t matter.

Apparently, I wasn’t the only one who really like the story. Jim Baen eventually persuaded Drake to write a novel expanding the story of the legionaries. I read this in the mid-80s but I don’t remember being particularly impressed by it.

Fast forward another 15 years and the demand for stories set in the Ranks of Bronze universe continued. Baen kept pressing for a sequel to the novel but Drake kept resisting. As something of a compromise, Drake agreed to contribute a story to a collection of stories written by others. Thus was born Foreign Legions. It contains the original short story in addition to five new ones. This is a volume I also enjoy very much. The tales within don’t elicit the same wonder in me as the original story but they are very entertaining and in some ways wrap up the loose ends of the universe. Not only that but David Weber took his short story “Sir George and the Dragon” and expanded it into a novel called The Excalibur Alternative. This I haven’t read.

So, if nothing else I suggest you track down the original short story. It is a good read. I’ll continue dreaming of the day I can be a player in a game based in this universe.
Posted by Narmer at 12:34 PM 2 comments:
Email ThisBlogThis!Share to TwitterShare to FacebookShare to Pinterest
Labels: books, David Drake, Inspiration

Me and my oldest managed to play a bit of Super!. Currently, the super-villains in the Stronghold are attempting a mass breakout and all the heroes in Supersville are trying to contain it, including my character Concrete. If I may say, Concrete is kicking some villain rear.
But that is not what I want to write about. Someday I would really like to play in a dark, gritty campaign. Something like Powers. Powers was created and is produced by Brian Michael 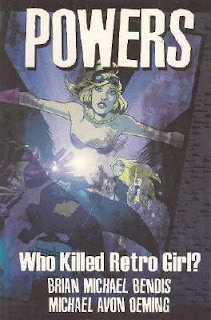 Bendis and Michael Avon Oeming. It is the story of Christian Walker, a detective with a special
homicide unit that deals with the murder of powers. Powers are the super-powered individuals of the world. (Really? You must be kidding!) Be they hero or villain, their deaths must be investigated. This is a dark world. Gangsters with powers, morally ambiguous heroes with
powers and so forth. The issues are filled with graphic violence, foul language and sex. I don't like some of the plot twists that have been introduced but that is a personal preference, not a reflection on the quality of the work. I've only read the collections, which start with Who Killed Retro Girl?, so that might contribute to my confusion.
If you like your comics rougher than your average fare, give Powers a try.
Posted by Narmer at 12:25 AM No comments:
Email ThisBlogThis!Share to TwitterShare to FacebookShare to Pinterest
Labels: musings, Supers

Tower of the Elephant 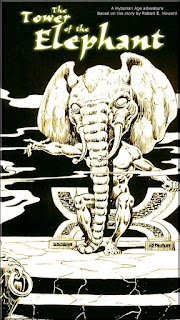 One of the first adventures I gm'd for Barbarians of Lemuria was a very rough adaptation of Howard's Tower of the Elephant. Well, on one of the threads on RPG.net I ran across a nice resource. It is actually an adaptation of an adventure on the the Hyborian Age website. This site is focused on the world REH created for Conan for the D20 player. Maxwell Luther took the D20 Tower of the Elephant adventure and converted it to BoL! It's pretty cool. I think I may run this as a one shot just for the heck of it. You can find the BoL version here.
Posted by Narmer at 9:57 AM No comments:
Email ThisBlogThis!Share to TwitterShare to FacebookShare to Pinterest
Labels: Barbarians of Lemuria, Conan, Robert E. Howard

I dislike New Year's resolutions and do not usually make them. Maybe because I do such a poor job of keeping them.
So, I will not make any New Year's resolutions but I will set myself a couple of gaming and blog related goals.
So, there are a few goals for 2011. Wish me luck.
Posted by Narmer at 2:32 AM 4 comments:
Email ThisBlogThis!Share to TwitterShare to FacebookShare to Pinterest
Labels: musings
Newer Posts Older Posts Home
Subscribe to: Posts (Atom)