How Piperesque? Warm Fuzzies Anyone?

Garnett Elliott* asked me a good question.  Am I going to include Fuzzies in my Space Viking inspired setting?  That me made take a close look at what I'm doing.  How close to the fiction do I want to adhere? 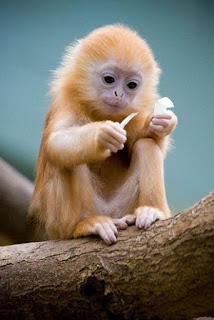 I knew from the start I couldn't do a straight conversion.  To much history, background and differences from Traveller for me to want to do that.  At first I thought I would incorporate some of the planets, names and history into the setting.  But I need to decide how much to steal borrow.  Or do I just go for the vibe.

At this point I'm thinking I will just go for the feeling of Space Viking with a few bits and pieces built in.  Maybe a few key planets.  An alien race or two, like the Fuzzies.  Then again, it might be "inspired by".  I'll have to see how it goes as I work on it.  Because honestly I've been vacillating between the two on an almost daily basis.  And it will probably end up somewhere in between.

So, I guess I don't have an answer to G-Man's question yet.

*Game/adventure designer extraordinaire and author you should read if you like your fiction hardboiled.

Posted by Narmer at 5:50 PM No comments:
Email ThisBlogThis!Share to TwitterShare to FacebookShare to Pinterest
Labels: settings, Space Viking, Traveller

I've been thinking about my Space Viking inspired Traveller setting.  Here are some preliminary notes.

Other things to ponder:

Posted by Narmer at 3:10 PM No comments:
Email ThisBlogThis!Share to TwitterShare to FacebookShare to Pinterest
Labels: settings, Space Viking, Traveller

Many years ago I wrote a blog post about the novel Space Viking by H. Beam Piper and how I always wanted to play a Traveller game in that setting.  I wrote how complex the background was and how 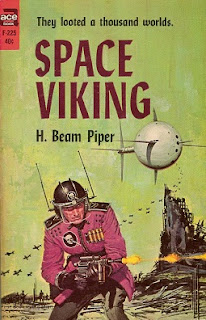 some of the technology differed from Traveller so I had never done it.  Well, I still haven't done it but that hasn't stopped me from thinking about it.

Since I can't do a direct conversion and I don't want to use the Sword Worlds from the Third Imperium I've decided that I should create a setting has the feel of the book.  Namely, humanity is coming out of a Long Night after the collapse of a large star-spanning empire/federation.  Most planets have not regained spaceflight, let alone interstellar flight.  Those that have have only started to voyage outward and there is still much unknown about the remnants of the empire.  And some of the planets will have regressed pretty far technologically, as far back as preindustrial.

I've thought of this before but I didn't know how to pull this off when randomly creating the couple of subsectors I wanted to start with.  How do I keep the tech levels low enough for most of the worlds?  How do I ensure that there are two or three systems that have a high enough tech level but not too high?  The randomness of the subsector creation project would make it difficult..

So, the answer may seem obvious to you but, to be honest, I'm not very good at modifying game rules or even thinking my way out of the box created by the rulebooks.  I've always been this way for some reason.  I've never wanted to tamper with games because I don't want to mess them up.  I really can't explain why.  It's probably the same reason I have troubles writing in a fresh blank book.  I don't want to besmirch it with my lame thoughts and ideas.

However, I've been reading the blog Den of the Lizard King lately and I've drawn inspiration and practical advice from it.  Den of the Lizard King is the blog of Omer Golan-Joel.  He runs Stellagama games and has done a lot with Traveller and Cepheus.  One of the main things that has inspired me is his posts about low tech settings he has worked on called Hard Space and Harsh beginnings.  These really got me thinking about how I could apply what he was been writing to my desired setting.

Then I ran across one particular post which freed my mind up and gave me a practical method to create the subsectors I need.  The post is called "Hard Space: Thoughts on World Generation".  In it he discusses the population levels, government types and the law levels for each of the worlds.  And then he creates his own random tables customized to get the results to fit his setting.  This was a revelation to me.  I don't know why is was, other than me being slow and not very creative.

Then I re-read this in Book 3:

Finally, the referee should always feel free to create worlds which have been deliberately (rather than randomly) generated.

Now, I believe I will be able to create the Traveller setting that I've always wanted.  Of course it won't be Space Viking but that's ok.  It will be something I can be happy creating and be close enough for my tastes. All I had to do was see an example of how to do it and  give myself permission to deviate from the book.