I've been pondering what to name the planets in my Space Viking inspired setting.  In his Terro-Human Future History, Piper leaned heavily on world mythology for the names of planets.  So, I figure I can do one of two things. 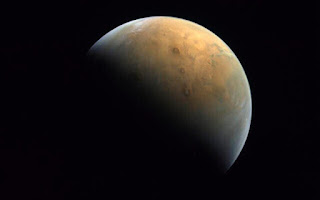 I can embrace this and either recycle the names that Piper used or I can dig up my own mythological names.  On the positive side, reusing Piper's names would give an instant familiarity to anyone who has read the book and people who haven't read the books wouldn't know any different.  On the negative side those who have read the books might have preconceived notions about what the planets are like, even if I don't want the planets to emulate the originals.
Digging up my own mythological names shouldn't be too hard but many of the figures involved could be very obscure.  It's a distinct possibility that the players would miss the references.  Heck, I would probably miss the references.  It shouldn't be that hard though, with the internet and the books available at the library and such.
The second course of action is to invent new names or draw them from a different source.  Now, I find this a bit daunting.  I would like a unified theme like Piper used but I don't know what that it would be and I don't know where I would get the names if I did come up with a theme that I liked and felt fit the game.
Right now I'm leaning towards scavenging Piper's names in conjunction with coming up with new mythological names.
Here is a list of names from Piper's Terro-Human Future History books.  I found it on one of the sites dedicated to Piper's works, Zaranthi.net.
Posted by Narmer at 1:15 PM
Email ThisBlogThis!Share to TwitterShare to FacebookShare to Pinterest
Labels: settings, Space Viking, Traveller